Life and Leadership Lessons from a Baseball Player 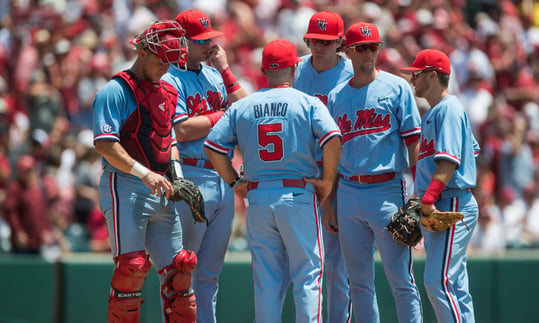 Baseball is a game of failures. If you fail 7 out of 10 times, you are considered incredibly successful. If you only fail 6 out of 10 times, you are one of the greatest of all time. Although, this concept can take people years to learn, especially in our youth. Patience and the concept of delayed gratification are some of the toughest lessons to learn. This is especially true in a sport such as baseball—one designed around failure and delayed gratification. This brings us to our first lesson.

Failure is a Part of Life, How you Learn from your Failures will Allow you to Succeed.

Every great inventor failed hundreds, if not thousands of times. If they stopped after their first failure, where would we be? Probably still living in the Stone Age. Failures are going to happen, they are inevitable.

How can we translate a failure into a success? Putting the scenario into baseball terms, if you swung and missed at three straight curveballs and struck out, what do you think you are going to see in your next at-bat? Likely more curveballs. The smart baseball player will see this as an opportunity to learn and succeed and prepare for the next at-bat; rather than moping to the bench in disappointment, learning nothing from the at-bat. A failure without any reassessment will likely lead to more failures. This can easily be translated into the workplace as well. If you missed a deadline because you were unorganized, are you going to do the same thing for the next deadline? Or are you going to get organized, manage your time, and make the deadline? All failures can easily be turned around as a learning opportunity if you just assess where you went wrong and how it can be fixed for next time. If you do that, I am willing to bet you won’t make the same mistake any time soon.

Let’s go back to our baseball example again. You have just struck out on 3 curveballs, you have made your plan, you step back into the box for your next at bat and you say, “I can’t do this.” What do you think the outcome will be? This brings us to our second lesson:

A Plan Without Confidence Is a Flawed Plan

Confidence is such an integral part of daily life. If you don’t have confidence in anything and everything you do, you will likely be unsuccessful. But if you tell yourself that you can do anything you put your mind to, you will likely accomplish it (and be able to hit the curveball). Let’s piece the first two lessons together. You have learned from your failure, established your plan, and executed it with confidence. What will your outcome be? More times than not, you will be successful—even if the success doesn’t result in a home run. As you step into the box again, you say, “I can do this!” You hit the curveball hard, but it goes right to the center fielder, and you are out. While technically still considered a “failure”, it is a huge success compared to your first at bat. You learned from your mistake, established a plan, were confident in yourself and the plan, and you put yourself in a position to succeed. As you walk back to the dugout, your teammates applaud you for your hit and support you despite your failure. This is a great example of team support and chemistry and brings us to our third and final lesson.

Team Chemistry is Vital; a Team Who Supports You Through Your Failures is a Team That Will Succeed 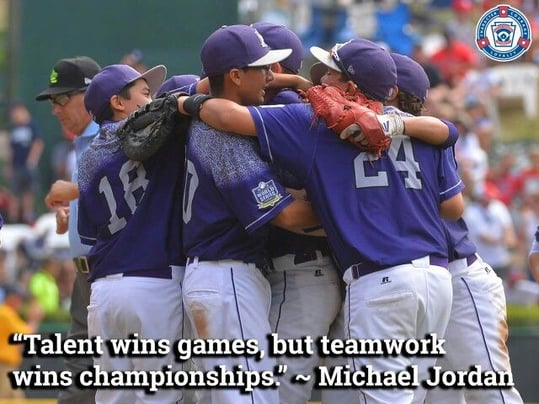 It is commonly said that you should surround yourself with supportive people. Supportive people will lift you up and negative people will only tear you down. A sports team is the exact same way. If a team is full of supportive players who build each other up, they will likely win a lot of games.  Despite lining out to the center fielder, your teammates say “Good hit! You’ll get ‘em next time!” Those little comments don’t seem like much but increases team chemistry astronomically. It is no coincidence that when a professional sports team wins a championship, they often say that they were a family and that helped them to succeed. Have you ever heard a star athlete say, “We weren’t close as a team at all, but we won because of talent?”

Once again, this can be seen in the workplace as well. Let’s say you are put on a team to get a project done and are competing against another team to see who does a better job. Your opposing team has a “leader” who micromanages, puts tasks on others, and gets frustrated very easily. It’s likely this team is lacking chemistry and motivation to succeed. Your team that is supportive, helps each other complete tasks, and avoids the blame game and likely is more successful in their work. It is incredibly hard to win with a team where people are unsupportive and only care about themselves. The workplace is the exact same way. The people who are “for the team,” help others with their tasks, and are supportive will be a very successful team.

Sports-minded approaches to professional life make for great learning opportunities, and whether it be addressing failure and learning from it, confidently executing a plan or supporting your team around you, sports analogies can be found everywhere and will help you succeed in the long run.